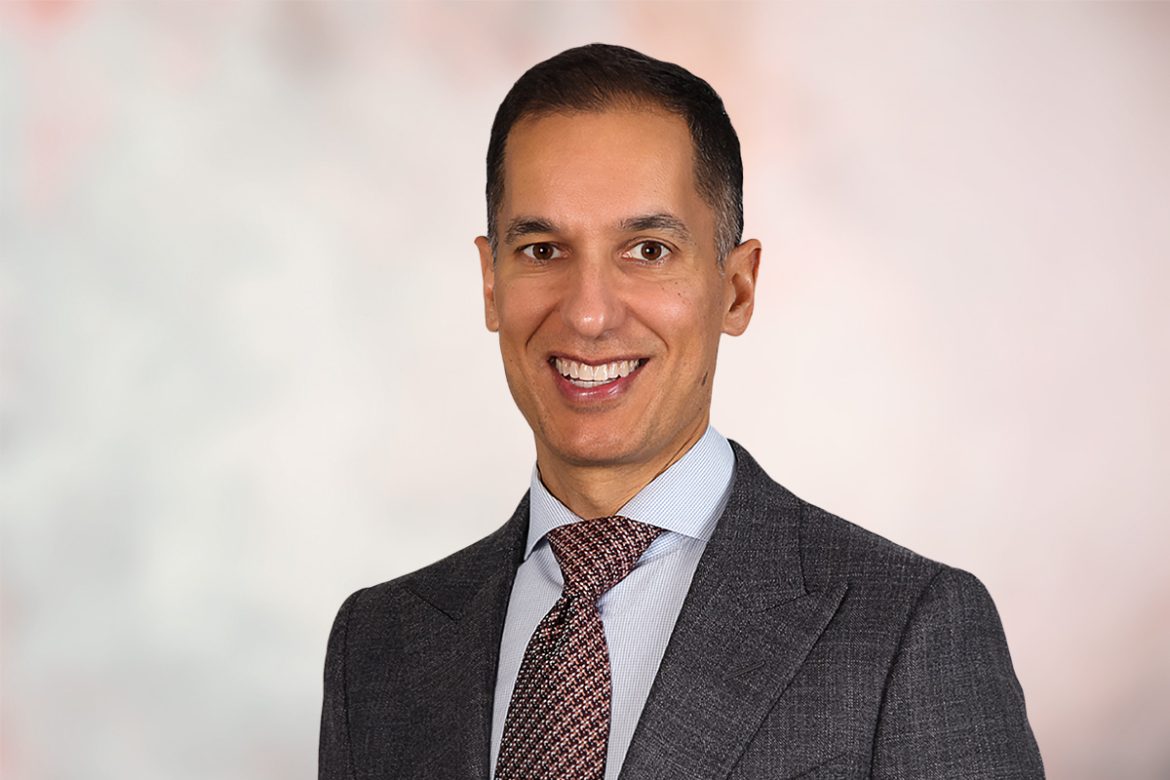 Ravi Jain is the Founder of Jain Immigration Law. He is one of Canada’s most recognized immigration lawyers in terms of leadership in the bar, peer recognition for excellence and client satisfaction.

Mr. Jain was presented with the Diamond Jubilee Medal by command of Her Majesty the Queen in recognition of his significant contributions to Canada. Recently, he was selected as “Lawyer of the Year” by Best Lawyers in Canada (the oldest peer-review publication for lawyers) for receiving the highest voter feedback from colleagues across Canada. Who’s Who Legal recognized him as a “Thought Leader” which is the top ranking for obtaining “the highest number of nominations from peers, corporate counsel and other market sources.” The Canadian Lexpert Directory has selected him as well, which is an “acknowledgement of excellence by a practitioner’s own peers and colleagues.” Moreover, the prestigious Chambers and Partners, which ranks the world’s best lawyers, has repeatedly recognized Mr. Jain’s work.

Mr. Jain has over 21 years of practice experience and is among a small percentage who are certified by the Law Society of Ontario as Specialists in Immigration Law. He has been invited to address committees in both the Canadian Senate and Canada’s House of Commons as a subject matter expert in immigration law on several occasions. Mr. Jain was instrumental in founding the Canadian Immigration Lawyers Association (www.cila.co). He initiated and held meetings with 6 prominent co-founder immigration lawyers across Canada to form this new national organization for Canadian immigration lawyers and was elected as CILA’s first President in 2021 during the founding process. He is also the Past National Chair of the Canadian Bar Association (CBA) Immigration Law Section having served in leadership roles from 2017-2021. The Immigration Section typically makes up over 50% of all CBA Parliamentary/Senate appearances and meetings and almost 25% of all CBA submissions and organizes an annual conference hosting hundreds of lawyers, judges and academics. Mr. Jain made several strong connections with Members of Parliament and Senators and simultaneously volunteered for three years as an Agenda Co-Chair, responsible for the agenda and speakers for the national CBA conference. Mr. Jain also led an initiative to compile a list of lawyers, including himself, willing to volunteer pro bono to assist the family members of victims of the airplane shot down by Iran on January 8, 2020.

Mr. Jain has traveled extensively to India and Dubai and met and retained clients for Canada’s business immigration programs, including the Quebec Investor Program and the Start-up Visa Program. He’s held several meetings with the top immigration officials at the Canadian High Commission and has been invited to galas and other events there. He regularly meets with the High Commissioner.

Corporate clients include a financial information and analytics company that is also a stock market index, one of the world's largest IT companies, a world-famous iconic Canadian fashion brand, an American independent investment management company with branches in numerous countries and some of the largest US-based worldwide law firms advising on global immigration issues.

Some of family and humanitarian cases have been precedent-setting/ground-breaking. For instance, the Elahi decision which not only affirmed that cultural sensitivity must be applied to decision-making at the tribunal level but also set a major precedent by affirming the principle that “a person cannot be prejudiced by giving retroactive effect to new and additional requirements in a regulation.” A spousal application had been refused and the appeal was denied at the tribunal level. Mr. Jain took the tribunal’s decision to the Federal Court of Canada and won on all of the three issues at the judicial review – including (and importantly) the argument that the applicant should benefit from the law as it existed at the time. After major legal hurdles, this vulnerable young Muslim member of the South Asian community finally had her appeal granted by the Immigration and Refugee Board and was then reunited with her husband.

In another memorable case, Mr. Jain helped a woman whose ex-husband tried to murder her in Canada. Both were without status in Canada and when the woman came to the attention of the Canada Border Services Agency, they wished to remove her to her birthplace, Guyana. Instead of criminally prosecuting the ex-husband for attempted murder, he was removed back to Guyana. Mr. Jain realized that her life was in danger and was able to obtain a “stay” of removal from the Federal Court of Canada. He then applied for permanent resident status based on humanitarian and compassionate reasons. The case was approved and this woman and her straight-A student daughter became permanent residents.

Jain Immigration Law believes that for successful immigration applications, it is necessary but not sufficient to have experienced lawyers with strong reputations. Indeed, it is also critical to have stellar case analysts. At our Firm, we are fortunate to have both as part of our team.

We can help with your immigration matter. Please fill out the form below and one of our team members will reach out to book a consultation.