The Lawyer’s Daily: Immigrations Levels Plan 2023 and Beyond 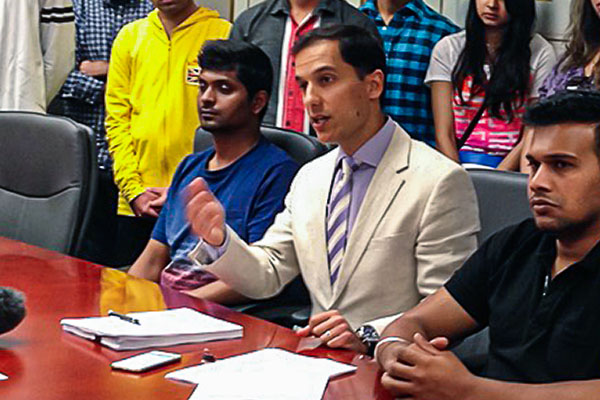 As required by the Immigration and Refugee Protect Act, on November 1st, the government produced it’s immigration levels target for the next three years.

The Levels Plan articulates how many permanent residents Canada intends to welcome and while for many years the target never exceeded 1% of Canada’s population, this has been changing and will continue to change in the years to come.

What explains this fairly significant increase? First, unemployment is very low and there is high demand for workers of all types, including those with skills not readily available in Canada. Immigration accounts for all of Canada’s labour force growth. But also, Canada has a very low birth rate and our population is not just aging – it’s already aged. This demographic reality is putting pressure on our health care system. So we need immigrants to help sustain Canada’s social safety net.

While it’s good for Canada to grow the overall pie, it’s also important to take a look at how the government intends to slice up the pie – and some pieces are growing while others will stay the same size.

First, I’m very pleased that the government is increasing the targets for the Federal Business Category, which includes the Start-up Visa Program. I called for a more than doubling of the target here: https://www.thelawyersdaily.ca/articles/38117/simple-fixes-for-canada-s-start-up-visa-program-ravi-jain when I said back in July that “[t]he government should more than double the target for these applicants in the next Levels Plan.” I’m very pleased to see that the government did just that. The target went from 1,000 to 3,500 in 2023 and 1,500 to 5,000 in 2024 (and to 6,000 in 2025). If we can’t bring start-up visa applicants here quickly, it frustrates the very purpose of the program.

Sadly, the numbers for caregivers seems to very marginally increase if they do at all given the caregiver streams are lumped in with economic pilot programs. This is very problematic given how desperately needed they are for young families with working parents (or with a single parent who needs to work) and also for older Canadians who wish to stay in their homes as they age.

The number for parents and grandparents stay the same at 28,500 in 2023 and increase by only 2,000 to 34,000 in 2024 and then 26,000 in 2025. However, the 2022 draw was taken only from those who put themselves in the 2020 pool. Those with adult children who met the financial criteria in 2021 or 2022 were simply not able to even enter the pool. This needs to change and the government should go back to conducting the draws at the beginning of the calendar year, as was done prior to the pandemic.

The spots for spouses and common law partners dips from 81,000 in each of 2023 and 2024 to 78,000 and 80,000 respectively, going to 82,000 in 2025. While this category is not subject to annual caps, the Minister has provided greater financial resources and promised speedier processing so hopefully a backlog does not develop.

A category encompassing Humanitarian & Compassionate (H&C) cases and ‘others’ goes from 10,500 to 15,985 in 2023 and from 7,750 to 13,750 in 2024 then back down to 8,000 in 2025. I suspect this is to allow room for the government to “build on existing pilot programs to further explore ways of regularizing status for undocumented workers who are contributing to Canadian communities” (as per the Mandate letter from the Prime Minister to Immigration Minister Fraser on December 16, 2021). It may also provide room for Ukrainians who make H&C applications to stay rather than return home.

Unsurprisingly given the Minister is from Nova Scotia, the Atlantic Immigration Program sees about a doubling in 2024 and 2025. The Provincial Nominee Programs also see major increases: from 86,000 to 105,500 in 2023 and 93,000 to 110,000 in 2024 and then 117,500 in 2025. Hopefully, these increases will alleviate some pressure from the record number of international students who come to Canada and expect a path towards permanent residence. However, I note that the main pathway for these students has traditionally been the Federal High Skilled Category which encompasses the Canadian Experience Class. The target for this broad category was 75,750 and increases to 82,880 in 2023. It was 111,500 and actually lowers to 109,020 and then in 2025 the target is 114,000.

This is quite concerning as growing this piece of the pie by just over 7,000 in 2023 is a positive development, lowering it in 2024 is problematic. This is one part of the pie that really needs a significant increase. Most international students come from India and most are served by immigration consultants there who sell false promises of guaranteed permanent residence. Many arrive to discover they are attending private colleges associated with public community colleges where most of the student body are fellow international students. Some of these private colleges have more of a feel of a strip mall than a proper campus. As reported by the Fifth Estate (https://www.cbc.ca/news/fifthestate/sold-a-lie-1.6612702), an alarming number of these students are committing suicide when they realize they are not able to graduate or obtain permanent residency after their parents have spent incredible sums to pay exorbitantly high foreign tuition fees.

Many recently graduated students get entry-level jobs in retail sales or food service. Just prior to the introduction of Express Entry, the government banned these jobs from qualifying under the Canadian Experience Class and I fear that with the introduction of ‘targeted draws,’ potentially by occupation, we could see this work experience left out once again – even though many of these former students will go on to other career-related jobs in the future.

If this piece of the pie was larger, perhaps the government would also be less rigid around the criteria for the coveted post-graduate work permit. Many, such as myself, suspect that criteria is kept overly strict when students drop a few courses or return home for family emergencies for brief periods of time, simply because the government wants to cull those who may otherwise be eligible for the post-graduate work permit. It won’t be such a problem if criteria relaxed such that all students obtain their work permit – but only if the piece of the levels plan pie is large enough to accommodate international students who all seem to want to obtain permanent residence. Finally, if the pie cannot be grown quite so large to accommodate them, politicians should resist lobbying by educational institutions who benefit from this $23B “industry” and they should remember the humanity of these students and all the pressures they face.