The Lawyer’s Daily: Backlash on Ramped Up Immigration Numbers Unwarranted 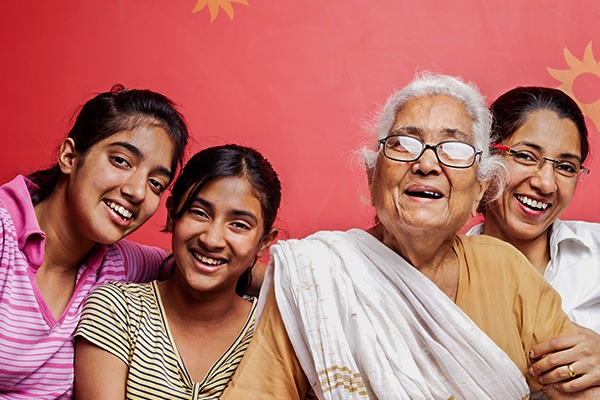 Perhaps in attempt to alleviate future concerns, when the announcement of these numbers was made on Nov. 1, 2022, the government noted that just over 60 per cent of admissions would be in the economic class by 2025 and that new “features” (powers) would allow the minister to pick and choose by occupation within our Express Entry points system to address labour shortages in health care, manufacturing, building trades and STEM (science, technology, engineering and math).

The government was right to worry about a backlash. Usually those concerned about increased immigration numbers focus on unemployment and the impact on those who are already here. In the past, critics have warned that the currently unemployed will be less likely to find employment and that newcomers will also find themselves without work.

But currently, our unemployment rate is extremely low. So instead, we hear concerns that our already stretched health-care system will burst and the hopes and dreams of young working Canadians to own homes will be further dashed as immigrants compete for housing and drive prices up. Criticism has even gone somewhat conspiratorial as of late, with Radio-Canada reporting that sources within the immigration department have complained that New York-based consulting firm, McKinsey & Company, has unduly influenced immigration policy and that this is what led to increased permanent residence targets.

The minister has flatly denied any undue influence, saying the targets are something he arrived at “independently” on the advice of department officials. In a forceful defence of his policy here, he said that without the increased numbers, “Our questions will not be about labour shortages, generations from now [but about] whether we can afford schools and hospitals.”

Indeed, as I’ve noted previously, Canada’s population isn’t “aging” but rather, already “aged” at this point. Statistics Canada has noted that our birthrate fell to a record low of 1.4 children per woman in 2020 which is far short of the 2.1 rate needed to maintain our population.

While the raw absolute numbers seem high and half a million people in 2025 sounds like a lot of people to absorb, it is more useful to look at the number of immigrants coming in each year as a percentage of our overall population. For many years we were always shy of one per cent and targets are set not to be 10 per cent or five per cent but just over the one per cent target we always missed.

But what about health care – aren’t our hospitals already overwhelmed? On this point, given that 60 per cent of immigration will be economic, and our selection systems favour the young over the old and given many future permanent residents are already here studying or working, perhaps there won’t be such a significant strain. In fact, I would hope larger numbers of immigrants coming in would serve as an incentive for the federal and provincial governments to work hard to innovate and resolve funding issues given the health-care system would need fixing even without a ramping up in immigration targets.

Indeed, we are seeing this already. The College of Physicians (the national body) just indicated they will be streamlining their process for the specialist physicians they regulate. Provincial colleges must do the same and make it easier for foreign family doctors to fill the needs of our population given the Express Entry points system will allow the minister to focus on health-care workers such as badly needed physicians and nurses. It’s time that we recognize that the federal government cannot solve the issue of lack of recognition of foreign credentials. Back on March 10, 2008, I testified before the Senate Standing Committee on Human Rights that it is the provinces which regulate the professions and so pressure must be applied there.

The announcement of greater numbers of immigrants and the impact on housing has also focused the minds of premiers and mayors. I live in Toronto, and we’ve seen some controversial moves by the premier to open part of the “green belt” for housing development, and we’ve seen the mayor embrace new (allegedly anti-democratic) “strong mayor” powers to push through changes which will lead to greater housing density.

If we can remove barriers for foreign-trained health-care workers and finally meet critical labour shortages in the construction industry, the increased numbers of immigrants coming in can actually help prevent future health-care and housing crises but also solve problems in these areas that would persist even without increased numbers. While some of the solutions being implemented are controversial, at least we see politicians actually doing something – and the targets led to this.

There are other concerns expressed, such as the argument that bringing in cheap labour allows companies to suppress wages of workers already here and avoid innovation. I’m not sure the trucking and construction industry can innovate any more than they have. At some point, a fundamental lack of people to do jobs simply needs to be addressed, and the immigration system needs to find a way to move from highly educated professionals to skilled trades.

While I accept that immigration doesn’t move the needle on per capita GDP so much, there are other benefits worth highlighting. As Andrew Coyne put it recently in his excellent piece for the Globe & Mail: “… bigger countries offer more opportunities to their citizens” just as larger cities offer more employment than smaller ones. He also rightly noted that more people can “impact our sense of selves” and give us self-confidence to think big and shape world events in line with our interests and values. I’m sure I’m not alone in believing that the world could use “more Canada” in terms of our values around inclusiveness and our appreciation for diversity and our progressive approach to social issues.

Coyne notes that Canada is a “much more interesting, dynamic place than it was in his childhood” and that support for immigration is high because when people mix with ‘others’ “familiarity, it turns out, breeds respect.”

This is exactly right, and it’s partly what drew me to the field of immigration law over 20 years ago: an instinct I had that immigration would help decrease nativism, xenophobia and racism. More immigrants, more Canada and a better world. We can fix our health care and housing issues if we try. It will be worth it.